we recognize in our service to the Church, his reverence for priests.

He used to say to his brothers,

“We have been sent to help the clergy toward salvation of souls. Know, brothers, that the fruit of souls is most pleasing to God, and it can be better obtained by peace with clerics… Therefore, be subject to prelates… and sons of peace for the clergy” (cf. Celano II, 146). 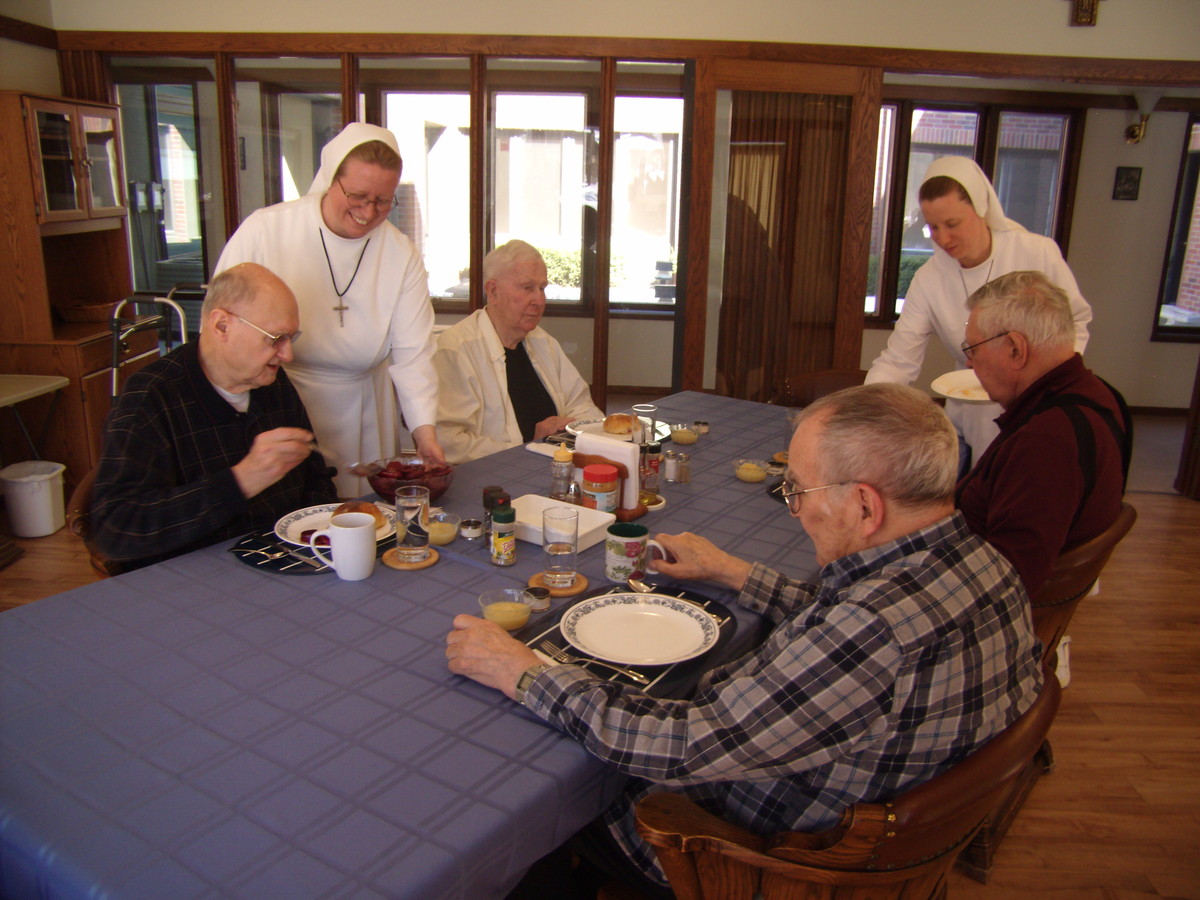 Our service to priests began in the summer of 1987 at the invitation of Bishop Glennon P. Flavin of the Diocese of Lincoln, Nebraska. The Bishop wanted our Sisters to staff Bonacum House, the newly built residence for retired priests which currently has twelve apartments.  It is fitting that our introduction to the care for clergy began as a grateful service for them in their later years. 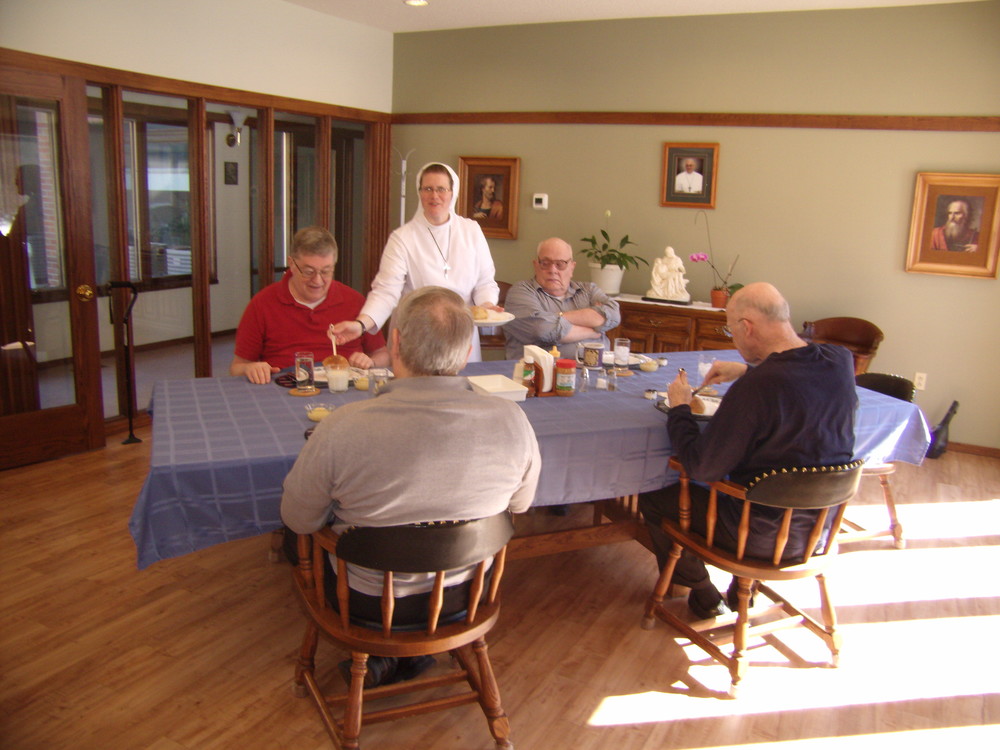 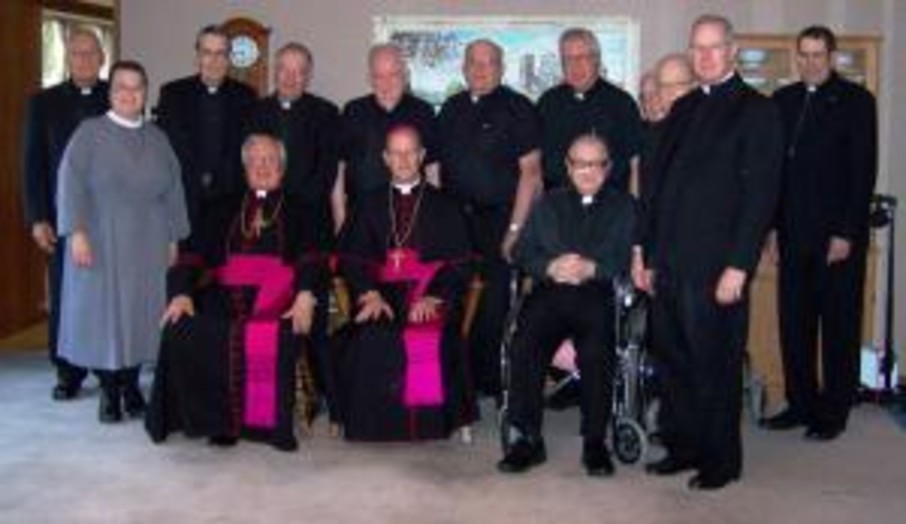 Our work in Bonacum House was soon followed by a similar apostolates in the Diocese of Metuchen, New Jersey, in 1989, and later in Washington, D.C., in 1995. This was eventually followed by similar apostolates in the household of the Archbishop of St. Louis as well as that of the Archbishop of Philadelphia. We served in various different bishops, cardinals and nuncios households, always seeking God's will in the "sign's of the time's" like Mother M. Anselma and seeing how we could serve the church and priests like St. Francis.

However, God’s designs are always full of surprises! The sending of four Sisters to Havana, Cuba, in January 2011, for service at St. Charles and St. Ambrose Seminary, brings us full circle.  Beginning with service to retired priests, we find ourselves called to nurture the initial growth of priestly vocations.

What a blessing and privilege it is to serve and support our priests and bishops in all these ways.  By caring for them in their needs, we benefit from the many graces that flow from their hands which sanctify us and the world they touch through our Eucharistic Lord. 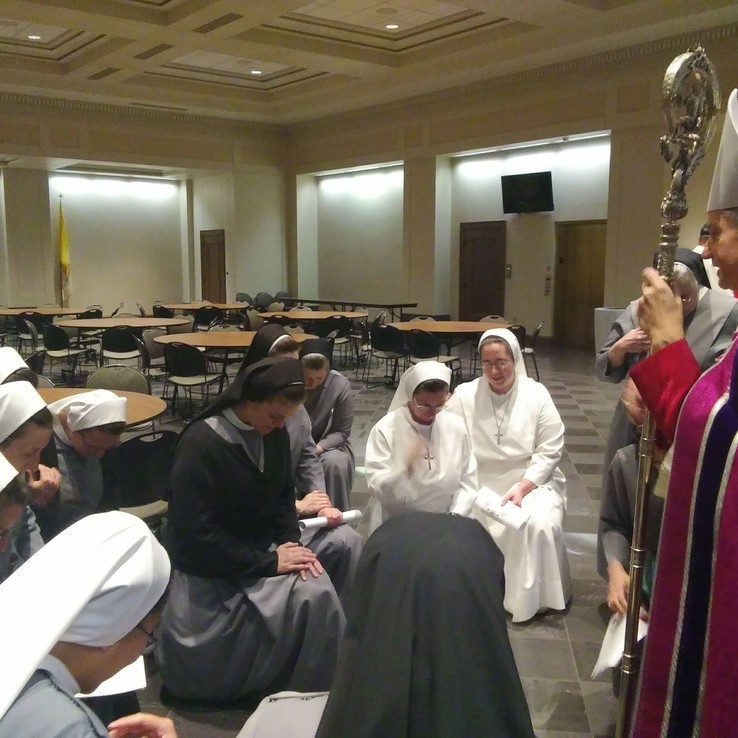 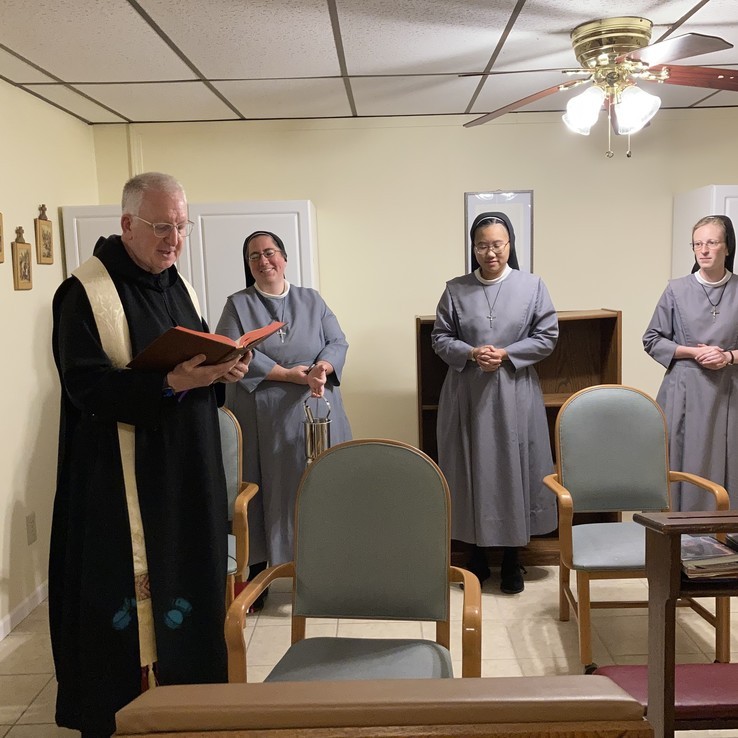 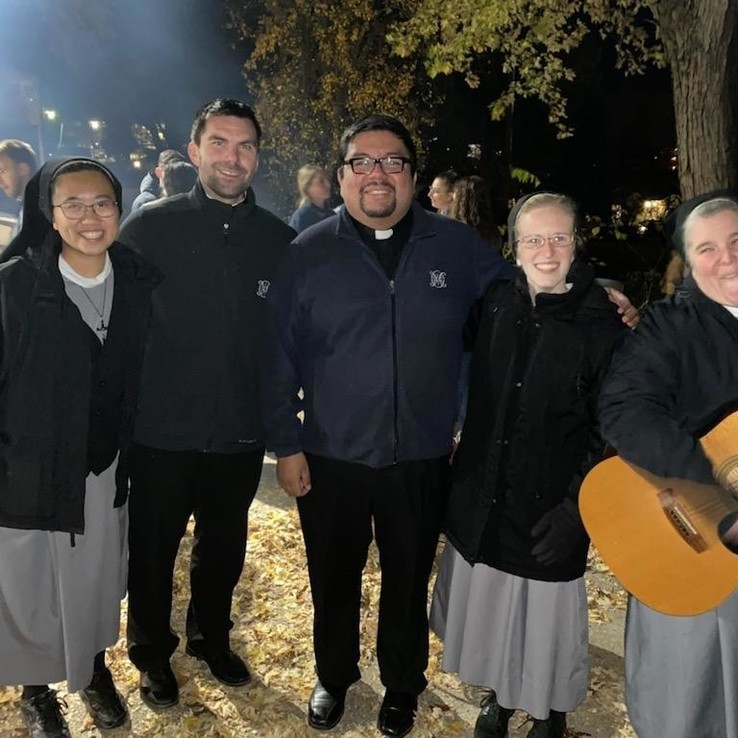 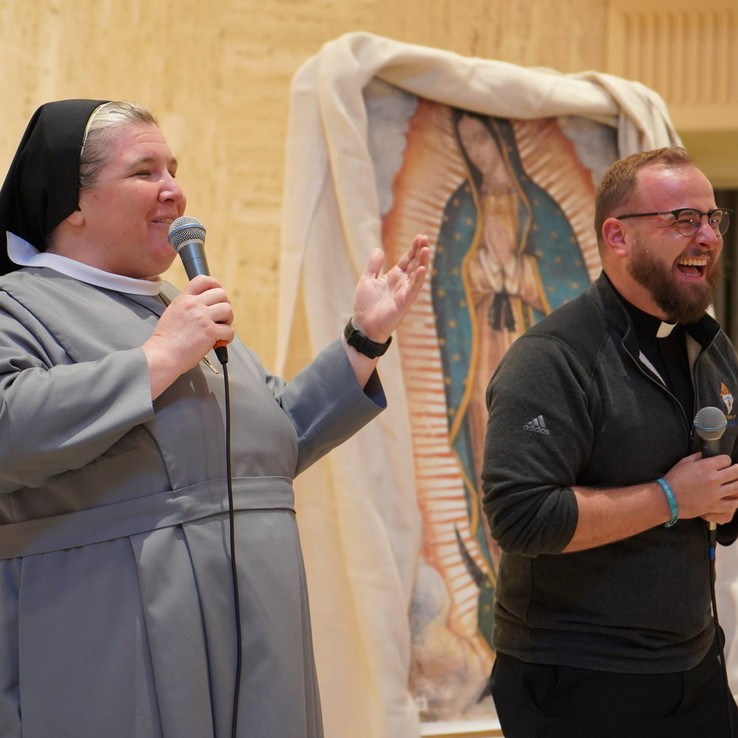 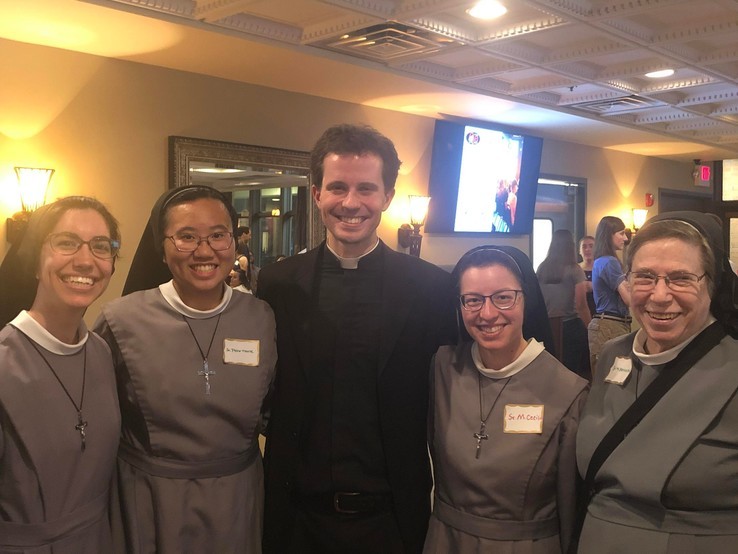 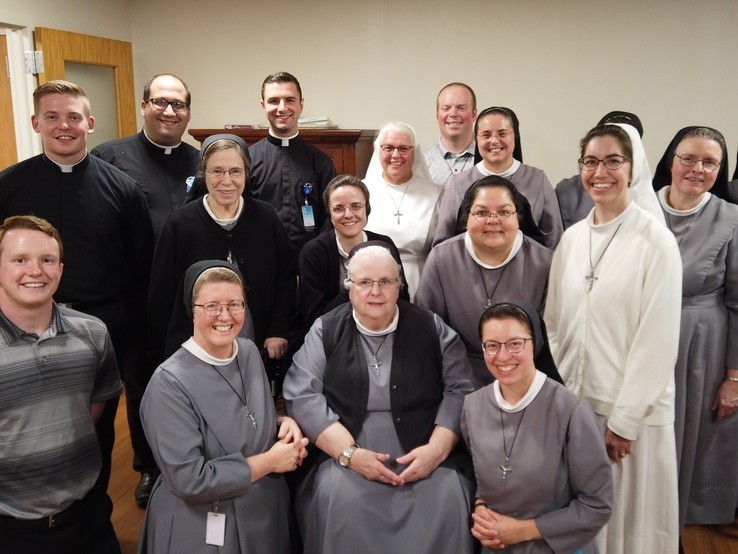 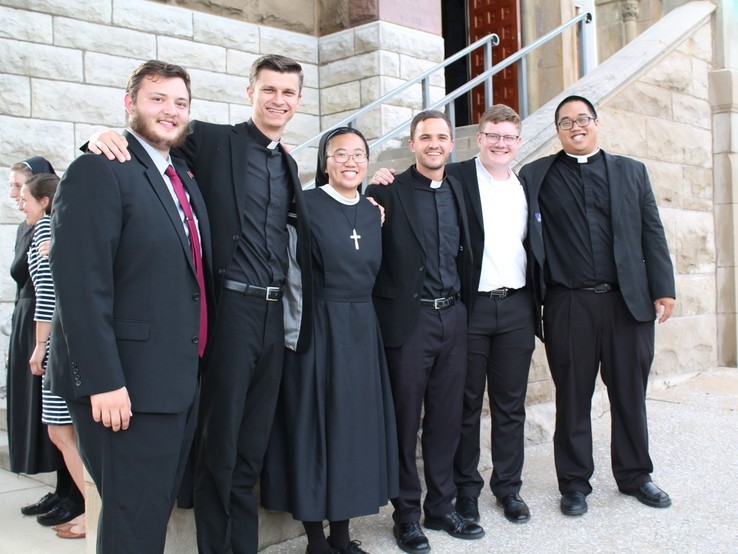